Yesterday mum attended a ceremony in honor of my great great grandfather who discovered Grand Bassin around 130 years ago. There, she met with chacha Nivriti who gave her a book he has written about the Napal family, an excerpt of which I want to share here on my blog. This is the story of where it all started in Mauritius for my family.

The year was 1860 and the place, Bihar, In India.Fifteen-year old Gossagne, as he was known, his full name being Jhummun Giri Gossagne Napal, was standing in a group of grown-ups and looking on as they were registering their names going somewhere called Mauritius to work in fields. One officer asked his name, as he thought he was there for the same purpose, and took it down. He was then pushed aside and rushed inside a shed, nobody willing to listen to him. Thousands of contractual or indentured labourers were leaving India to go to work in canefields in a country in the Indian Ocean. They were receiving money,food,clothing and shelter with a free return ticket, things unheard of in their own country. Recruiters of labourers were on the rampage to fill coolie ships. They sent touts in the villages of Bihar, beating drums and shouting, “Suno, suno gaonwalon, ek nayi zindagi, ek nayi surwaat (Listen!Listen!Village People!A new life, a new beginning.)” They awakened interest for adventure in the poor inhabitants. In fact, Gossagne was an apprentice priest on the banks of the river Ganges.All his friends were leaving for new horizons.He felt he could not stay behind.That was the reason why he was curious to know what was going on when he was shipped away, too, in spite of his young age,so eager were the recruiters to fill the ships.

In Mauritius,he was going to spend most of his time in and around Montagne Longue.Hindu priests were in great demand in those days.Jhummungiri was a literate Brahmin and could make money both as a labourer and a priest.Married in the Mishra family, he would have two sons, Seeparsad and Seegopal.As a priest, he worked at Bois Pignolet where he had acquired an acre of land.He had a temple built in 1868, the same year that of Gokhoolah was erected, so that they are the two first temples dedicated to Lord Shiva or Shivalaya. It still stands well-preserved in its purely Hindu architecture with a pointed triangular dome.The Shivllingam is of bronze.

Gossagne went back to India in 1881 and returned the same year. He knew that Hindus were at a loss in Mauritius because sugar magnates had stopped paying the passage back home for the indentured labourers.They had to die away from the Ganges so that their souls would stay roaming without transmigrating. Gossagne was worried, and once he even had a premonitory dream that the Ganges flowed in Mauritius also in the uplands with a clear-cut image of the spot where fairies played.He went out time and again, sometimes accompanied by few of his friends or alone, in search of the place.It was during one of those peregrinations that he and his disciples reached Grand Bassin after forging their way through the forest with long knives.Grand Bassin Peak looked like the rolled up hair of Lord Shiva, the lake had the rough shape of the map of India, its water flown down a river, the mist must be the abode of fairies and the water was cool and fresh.It was Jhanvi to him, and the Ganga existed in Mauritius, too.News of the realized dream spread like wild fire in the country and people started going on pilgrimage on their own.

The greatest contribution of Jhummun Giri Gossagne was the annual Grand Bassin pilgrimage he initiated in the company of Pandit Sajeewon (Sanjibonlal Ramsoondur) of Triolet in 1898.Pandit Sajeewon, also known as Triolet ke Baba of the Saint of Triolet, had built the biggest Shivalaya in Mauritius, known as Maheshwarnath, found on 10.13 arpents of land in 1895. A very rich, influential and learned Brahmin, he was on the look-out for sacred water to pour on his Shivling during MahaShivaratri when his friend Gossagne, came to him with the good news.His joy knew no bounds. His official pilgrimage to Grand Bassin, according to the minutes of proceedings of Maheshwarnath Institute of 1898, and his presence at the lake, received countrywide recognition. The British governors issued a pass on his name authorizing all Hindus to have four days’ leave annually to go on pilgrimage to Grand Bassin and celebrate MahaShivaratri.At the same time, Gossagne endorsed his support for his campaign to stop the practice of animal sacrifice at the lake on the 1st and 2nd January of each year.

Jhummun Giri Gossagne Napal died in 1917 after donating seventy-five perches of land and his temple to a Hindu Association at Bois Pignolet, Terre Rouge. He went to live at Eau Bouillie, Nouvelle Découverte, together with his wife.When Jhummun Giri died in 1917, his wife continued living there. It was only when she was on her death bed that she was brought to live and die at the place of Seeparsad, her son. She would die at the place of Seeparsad in 1940 at Le Ravin, Rivière du Rempart.

I have very good childhood souvenirs of Le Ravin, where my father was born. They are not numerous as we seldom went there but I always liked visiting Deep Mamou and even today when I go there I can't stop thinking about my dad. All his life he talked about his childhood in Rivière du Rempart, about the charismatic bolomm Beejadhur (Aunauth Beejadhur was the editor of "Advance" the first pre-independence newspaper run by a hindu on the island. He was also Minister of Education and an erudite writer in french). Aunauth Beejadhur, I can tell, was my father's role model. He often referred to him as one of the most brillant man he had ever met. My dad  also narrated to us his sapsiwye, casse cote, goolydanda games and playing football with his cousins with softened pamplemousses or old socks stuffed with clothes.

My childhood days, on the other hand, were spent on my chopper bike in sodnac (bmx came later during my teenage years), escalating candos hill, playing football on the street with my savattes deux pates which served as goal keeper gloves, hiding on the mango tree with my friend Ashis and throwing chipings on passers walking back from the market, playing kites made of balyé coco sticks, la colle la farine and papier mousseline, eating 'kung-fu' ice-creams and going tilapias fishing with my bamboo rod in the well found in the nearby sugar cane field.

I should acknowledge more often of how good it is to be part of a family who is giving and loving: Dad, Mum, Amal, Mamou Ram, Mamie, Mamou Dan, Poupa Missir, Poupou Jyoti, Poupou Reshmi, the Napal family, Barkapapa, Chacha Nivriti, Simla...One way or the other, they always made sure people around them, be it family members or friends, people whichever their creed, caste or religion, were looked after, taken care of and given sufficient support to succeed in life.

Popular posts from this blog 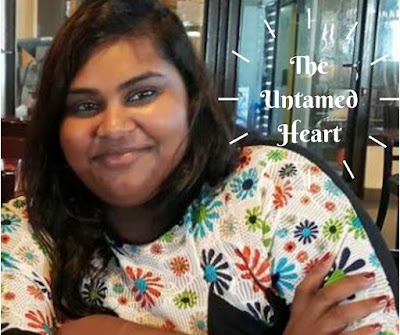 4.30am: the phone rings and you hear the sobbing voice of your friend telling you that one of your bestie is no more. It is the kind of information that your brain, your heart, your whole body cannot process so you just lie there in bed, face this abrupt void and let the tears flow.

On Thursday, my life made perfect sense, by Monday, I didn't have any clue what it was all about.

Valsha had both sides to her, she was lovely and raw, daring and traditional, the larger-than-life type of person who walks into a room and immediately fills it up with charismatic presence. She would irritate you and make you laugh at the same time, she would voice out her opinion about just everything and throw tantrums when crossed and would never settle for any petty and mediocre things.

We may not always have seen eye to eye on everything but the respect that Valsha and I showed towards each other grew stronger over the years and transformed into a real bond. I saw in her someone…
Read more 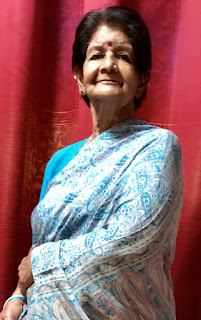